Up to 1,300 families made homeless and two villagers killed as authorities in India’s Assam launch eviction drive. 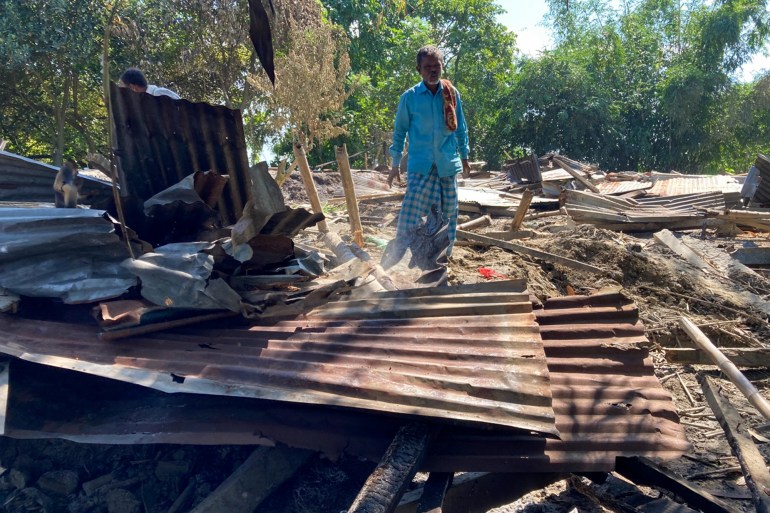 Dhalpur Part 3, India – Soon after the Friday prayers on the platform of a razed mosque, Ainuddin struggled to recount the sequence of events of the previous day when his elder brother Mainal Haq was allegedly shot dead by the police in Darrang district of the northeastern Indian state of Assam.

“The police shot him in the chest. The photographer thrashed him. They kept thrashing him even after he was dead,” Ainuddin told Al Jazeera. The stomping of his bullet-ridden body by a photographer had gone viral.

Next to him, the rest of the family including Mainal’s wife and his children sobbed in a makeshift shelter of two small tin sheets that they erected by the river on Thursday after their houses were demolished as part of an anti-encroachment drive. Up to 1,300 families now have been rendered homeless and are living in makeshift tin houses.

His father said Mainal’s dead body was taken away by the police. It was returned the evening of the next day.

Mainal Haq, a 28-year-old farmer was one of the two people killed during a government eviction drive in Dhalpur Part 3 village located on the riverine island of the Brahmaputra river in Darrang district. 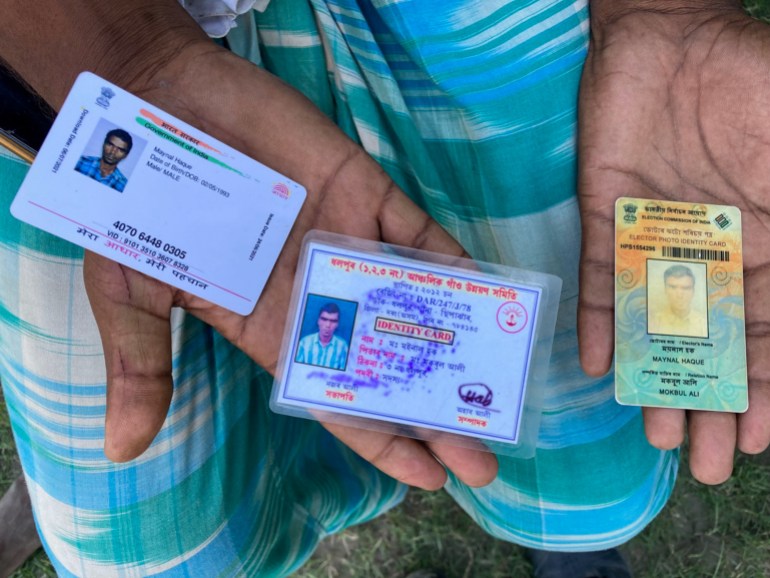 Twelve-year-old Sheikh Farid was another victim of police firing on residents protesting against what they called forced displacement. Many of the families had been living there for 40 years. Farid was hit by police bullets while he was on his way to fetch his national identity card from the local post office, his family said.

Official records show that 11 others, including eight civilians and three police personnel, are still being treated at the Guwahati Medical College and Hospital, about 70km (43 miles) to the south after they sustained injuries on Thursday.

Rejia Khatun, a 27-year-old from Dhalpur still has a bullet in her abdomen, according to the medical bulletin released on Sunday.

A viral video of the incident shows Mainal running towards the police with a bamboo pole. The clip shows him shot by the police, clad in a lungi loincloth and a vest. As he collapsed, the police are seen beating him with batons.

In the same video, a local photographer who was taken by the district administration to document the eviction proceedings stomped on Mainal even as he lay on the ground, barely alive. A policeman was later seen hugging the photographer.

Late on Thursday evening, as the video made its way to social media, sparking outrage over the brutalities, the state police arrested Bijoy Bania, the photographer. 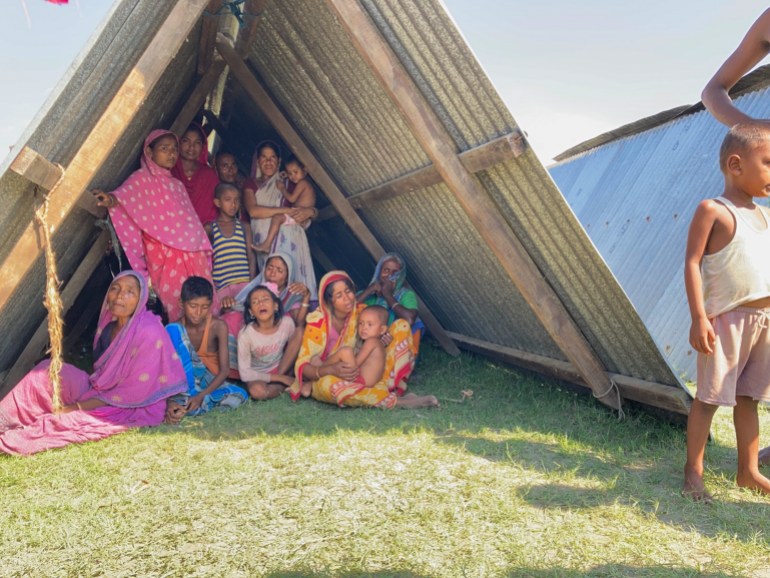 The Assam government led by the Hindu nationalist Bharatiya Janata Party (BJP) announced a judicial inquiry into the incident that has sent shock waves among the civil society.

The state Chief Minister Himanta Biswa Sarma claimed that the villagers had attacked the police first with machetes and sticks and that the violence was a result of a conspiracy. He also claimed outsiders instigated the villagers.

Sarma, known for his anti-Muslim rhetoric, however, provided no proof for his litany of claims. The police have arrested two locals residents – Asmet Ali and Chand Mamud – from Kira Kara and Dhalpur Part 3 villages after accusing them of involvement in the violence.

The land dispute has its origin in the state government’s decision to free government lands from encroachment. Nearly a month after taking over as the chief minister, Sarma announced that it will use about 25,666 acres (10,386 hectares) of land “freed from encroachers at Gorukhuti, Sipajhar in Darrang for Agri purposes”.

Muslims in India’s Assam in shock after deadly eviction drive

Shown their place’: Muslim livelihoods under attack in India