When you watch Cate Blanchett’s new program, spare a thought for those stuck in an immigration system that’s more like a prison

Cate Blanchett’s new show Stateless offers a compelling insight into a long-running and divisive issue in Australia. Set in 2004, the series follows four characters who find themselves entangled in Australia’s immigration detention system in a remote desert location. It makes for powerful viewing. The reality of Australia’s detention system today, however, is far more harrowing.

Nobody understands this better than Sami. Arriving to seek refuge in Australia over five years ago with his heavily pregnant wife, his first child was born into a life of detention. Clutching his newborn shortly after her arrival, he made a desperate, hurried phone call to a lawyer from his compound on the Australian territory of Christmas Island where they had been detained, 1,500kms from the mainland. By the time help arrived it was too late – they’d been frog-marched on to a pre-dawn charter flight to an Australian operated detention centre almost 7,000kms away, on the tiny island nation of Nauru.

They were later ping-ponged back to a remote detention centre in the Australian desert, not dissimilar to that depicted in Stateless. His wife’s second pregnancy was deemed too high-risk to occur offshore. Two guards stood on either side of her hospital bed as she held their newborn son, watching as she attempted to breastfeed him for the first time. Her hands shook from fear and shame. The family’s legal team have since done what they can to hold them in Australia, but the risk of return to Nauru remains ever-present. Every day they wake, unsure if today will be the day.

This is a family that spent almost two years in closed immigration detention in Australia – in an isolated camp far from the public eye. Both children were born into detention – the eldest spent the first 18 months of her life behind wire. The father tells me he worries about the lasting damage this has done to them. His eldest has developed learning difficulties – the other regularly wakes in terror.

In an indication of how fraught Australia’s immigration policy is for people seeking asylum, this family is actually one of the luckier ones. They are now living in the community, albeit in a form of home detention akin to parole – at risk of return to closed detention at any time. According to the government’s most recent statistics, 1,450 men and women are locked up in immigration detention centres on the Australian mainland today – more if we include those who remain in limbo after almost seven years in Nauru and PNG. Two small children are behind bars on Christmas Island – children that belong back in their community of Biloela.

And conditions inside these centres are getting dangerously worse. A recent report by the Australian Human Rights Commission found that our detention system is becoming “more and more like prison”, unlike any other liberal democracy in the world.

Stateless is set in 2004. So how is it that 16 years later the situation is so much worse? Toxic politics aside, how is it that this system of indefinite detention is legal? Numerous international bodies have found that it constitutes “arbitrary detention” and in some cases amounts to “cruel, inhuman or degrading treatment”. But because we have no national Charter of Rights, these fundamental principles are not binding in Australian law. 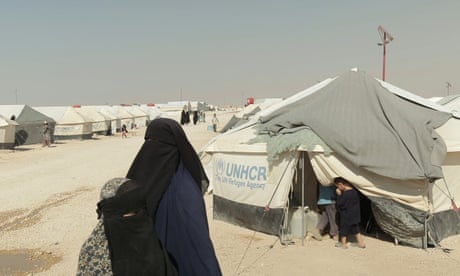 Indefinite detention is a particular risk for stateless people – those not considered to belong to any nation – for the simple reason that they have nowhere to go. The Rohingya of Myanmar, Palestinians, and the Roma of Europe are but some of the estimated 10 to 15 million so-called “invisible people” worldwide who bear this status and the discrimination it entails.

This is a reality all too familiar for Sami. “I don’t know how to explain it,” he says. “I don’t have a country. The Australian government says I am a refugee, yet I can’t stay here and raise my family in safety. We have nowhere to go.”

There’s no denying the issue of mandatory detention in Australia is hotly contested and painfully fraught. But within this toxic debate some things remain simple. There is no excuse for damaging people in our care and stealing 500 days – sometimes drastically more – of their lives. This is happening – in our country and in our name – today, right now. Next time you sit down to watch Stateless, spare a thought for the many men and women – and those small children – who remain behind the wire.

• Names have been changed to protect the identities of people mentioned.

… we’re asking readers, like you, to make a contribution in support of the Guardian’s open, independent journalism. This is turning into a turbulent year with a succession of international crises. The Guardian is in every corner of the globe, calmly reporting with tenacity, rigour and authority on the most critical events of our lifetimes. At a time when factual information is both scarcer and more essential than ever, we believe that each of us deserves access to accurate reporting with integrity at its heart.

More people than ever before are reading and supporting our journalism, in more than 180 countries around the world. And this is only possible because we made a different choice: to keep our reporting open for all, regardless of where they live or what they can afford to pay.

We have upheld our editorial independence in the face of the disintegration of traditional media – with social platforms giving rise to misinformation, the seemingly unstoppable rise of big tech and independent voices being squashed by commercial ownership. The Guardian’s independence means we can set our own agenda and voice our own opinions. Our journalism is free from commercial and political bias – never influenced by billionaire owners or shareholders. This makes us different. It means we can challenge the powerful without fear and give a voice to those less heard.

None of this would have been attainable without our readers’ generosity – your financial support has meant we can keep investigating, disentangling and interrogating. It has protected our independence, which has never been so critical. We are so grateful.

As we enter a new decade, we need your support so we can keep delivering quality journalism that’s open and independent. And that is here for the long term. Every reader contribution, however big or small, is so valuable. Support the Guardian from as little as $1 – and it only takes a minute. Thank you.

Muslims in India: who is responsible for their suppressed voices?

Israel’s shadow conflict with Tehran moves into the light